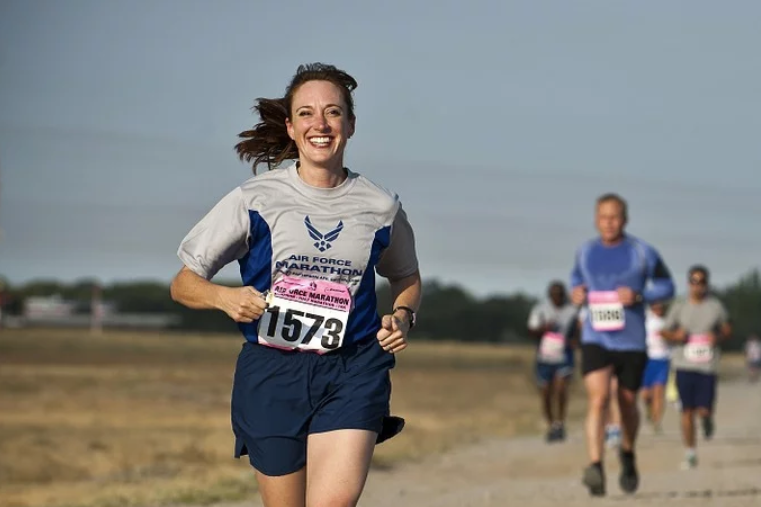 Signing up to a 5k run is a great way to kick start your fitness goals. 5k runs are usually ‘fun runs’ where people from all levels of fitness can enter without any pressure.

For January, I’ve signed myself up to 5k Fun Run in organised by letsdothis.com. As of today I have just under 4 weeks to race day.

Time to get moving

Signing up to a 5k run, is my way to give myself a kick up the backside to get fitter this year. I signed up beginning of Dec 2019 which gave me approximately 8 weeks until the race. I began “training” which consisted of running a short route which took me about 12 minutes (1.7km). Completing my first run felt like my lungs were about to explode. However the positive was I ran (or jogged) for the whole 12 minutes. If running for 12 minutes straight seems a lot for you, I would suggest starting with the couch to 5k program by the NHS.

The following few weeks I started to run twice a week to get use to running again. As it started to get a little easier on my lungs I began to increase my distance with each run.

My goal for myself is to match or beat my previous time in 2016. This is where I completed my 5k run in 33 minutes.

As I only have just under 4 weeks left. I want to make the use of the time I have left. Therefore I have created a training plan based on shorter runs during the week and longer runs at the weekend. I’ve also built in a day of rest between the runs where I can concentrate of stretching a mobility. For me, completing a long run after work is not achievable. I’m no expert at all, I just feel that this plan is achievable and works with my daily routine.

If you’ve only got a short amount of time left like me, I would advise to plan out your runs. By planning you take out the thinking of “should you run or shouldn’t you”. You also ensure you maximise the time you have left to train.

Be realistic with your plan

My biggest tip would be, don’t plan runs which are not achievable. E.g. if you know you’re going to be late home from work, don’t run that day. Use the day as rest. If your plan is too “hard” then every time you don’t achieve what you planned, it will leave you with a negative mindset. This can hinder your training. Positive mindset is just as important as the actual training itself.

2nd week of Jan and I had to make a slight amendment to my plan mid week (I forgot to plan in family birthday meals!). Anyway, just say, the plan you create is just a plan. Its a guideline for you. So if you have a valid reason to change adjust your plan, then do so.

I have to emphasise, adjusting, being the key word. If you get side tracked, you need to get yourself back on the path you originally set yourself. Not the “I can’t be bothered any more” kind of adjusting. I’ve been there and done that before and it really doesn’t end well.

I’ve made another adjustment to my plan today due to the weather. It is very windy and raining hard, unfortunately something out of our control. The risk of getting ill does not appeal to me and as I don’t have a gym membership to go on the treadmill, I’m going to stay in and do some mobility exercises instead. I’ll save my energy for a run tomorrow or the following day if the weather permits.

I completed my 5km run, yay! The day was much colder than I anticipated. A little rain was forecast and a bit windy. As it was cold, I arrived a little too early for the race thus by the time I started running, my body was no longer warmed up. There was a half marathon and a kid’s 800m race before the 5km run started.

The Farnborough course was relatively flat with upward slopes for most of the way round so deceptively difficult run in my eyes.

My overall time was 34 minutes and 29 seconds. I was both happy and sad about my result. Happy, because this is the fastest I’ve run this year for 5km but sad that I didn’t meet my goal of 33 minutes. However, there were many differences between the two 5km races, including weather and weight. It was a much warmer less windy day in my other race and I was about 1.5 stone (21lbs) lighter back in 2016.

Anyway, this has kick started my active year, onward to my next activity!